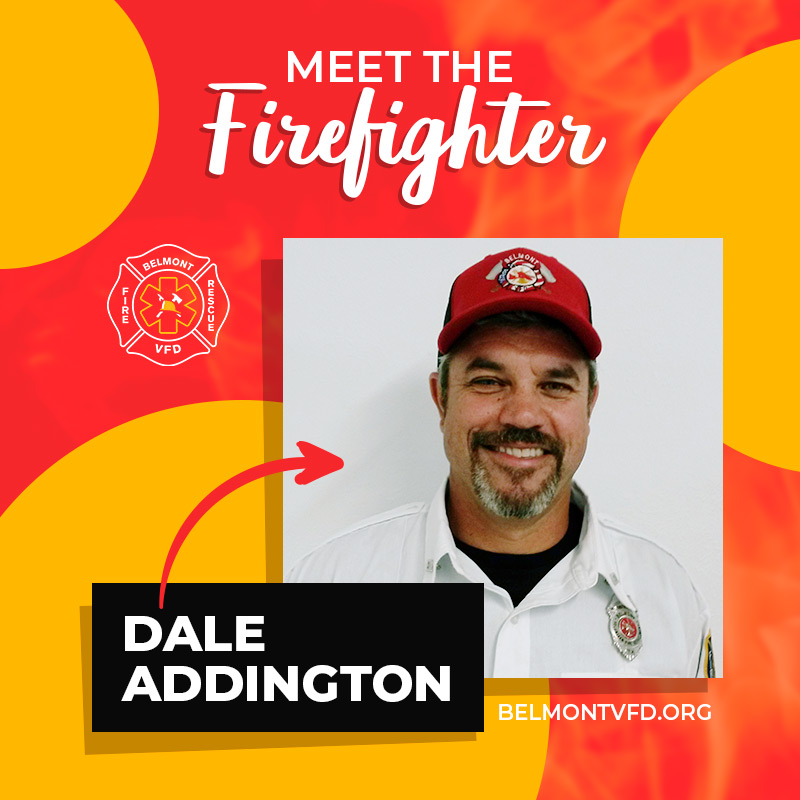 Dale is in charge of recording and updating Standard Operating Procedures (SOPs.)

Why does the profession of Firefighter interests him?

Several years ago, Dale used to ride ambulances in San Antonio and he completed his EMT course. He was also stationed in San Antonio in the Air Force and was preparing to apply to Medical school. His plans changed when he was promoted in the Air Force and reassigned to South Korea. His dreams of pursuing EMT and Medical school became a rear-view mirror item. But he told himself he would rekindle his EMT desires once his military career was behind him. Years later, now retired from the Air Force, Dale is an active firefighter who gets the opportunity to fulfill his EMT and firefighter dreams!

Favorite part about being a Firefighter:

Dale enjoys the camaraderie of like-minded individuals who voluntarily choose to serve the community.

A while back, Dale fought a fire at a mobile home with a barn. His team later found 7 dead pythons in the barn! Dale claims that this taught him that a firefighter needs to be aware at all times of what they’re getting into.

Dark side of the job:

Heat, heat, heat. Bunker gear is very hot and for Dale, fighting fires in full bunker gear in the middle of Texas summer is quite a challenge. Energy doesn’t last as long when one is burdened by so much warmth and weight.

Words of wisdom for new recruits before they join:

New recruits have to be ready to serve with great people, carry their share of the load, and feel great satisfaction from serving their community!

Where does he see himself in 5-10 years:

Dale claims to be living the dream right now, being part of Belmond VFD. Who knows what the future holds!

His message for the world:

Dale claims he won’t be seen on any firefighter calendar!
(But we still think he’s got the good looks necessary to qualify! Maybe next year, Dale, who knows!)